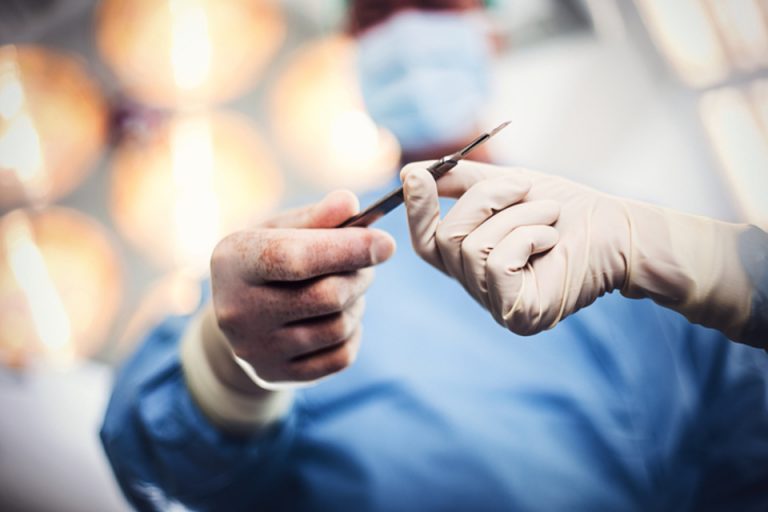 Medical malpractice could be caused by a variety of acts committed by a medical specialist, but the primary factor behind it can invariably always be broken down to healthcare negligence. Plastic surgeons may confront charges of malpractice like any other medical physicians, but the fact that cosmetic surgeries are elective procedures means that it is more challenging for victims to seek remuneration in the case of mishaps. When it comes to plastic surgery, the results may not meet your expectations, but that does not necessarily mean it is a valid case of medical malpractice. Keep reading to find out more concerning the issues involved in making a medical negligence claim following an unsuccessful plastic surgery.

Cosmetic surgery is a plastic surgery variant that is more or less a curative treatment for some part of the body, usually an external trait. On the other hand, reconstructive surgery aims to lessen debilitating scars caused by major burns or severe accidents. This type of procedure is a fitting example of plastic surgery that seeks to mend some devastating physical damage.

On the other hand, cosmetic surgery may be an elective procedure that is frequently used as a method of improving a person’s physical appearance and confidence. Breast mammaplasties or enhancements and thread lifts are a few examples of these types of procedures. Usually, cosmetic surgery is not considered essential, and health insurance providers often do not cover for it.
Challenges With Negligence in Cosmetic Surgeries:

The most commonly encountered kind of medical negligence on cosmetic surgeries happens as a result of a medical error, meaning that the plastic surgeon wrongfully did something that damaged the operation. Other complications caused by cosmetic surgery that might result in a medical malpractice lawsuit are post-surgery infections, irresponsible Botox or Restylane injections for treating facial wrinkles, and severe side effects from the used anesthetics.

A cosmetic doctor’s lack of knowledge or accreditation is another concern that may result in a cosmetic surgery negligence suits. As cosmetic surgery is a primary source of income for plastic surgeons (one that offers instant payment and requires no filing of medical insurance forms), it may lure new and disreputable practitioners.

If you have been thinking about undergoing cosmetic surgery, it is important to discuss with an experienced cosmetic surgeon who has been certified by the American Board of Cosmetic Surgery (ABCS). While this does not necessarily ensure a perfect result, it at the very least guarantees that your operation will be performed by a competent, certified surgeon who has a relatively high background.

Other Obstacles to Succeeding In Cosmetic Surgery Lawsuits

The primary challenge of succeeding with such a negligence lawsuit stems from the defining aspect of cosmetic surgery which separates it from standard surgical treatment — it is an elective procedure or, in other words, it is not a necessary intervention.

The Surgeon Often Gets the Advantage

Judges often have the idea that, since you probably requested the procedure as a boost for your self-image, you should not fault the cosmetic surgeon if the surgery proved to be unsuccessful. In many such cases, courts have a tendency to afford the surgeon more leeway.

Even if the claimant receives compensation for the damages he suffered, the court usually grants less compensation than in the case of a standard medical malpractice suit. Many legal professionals believe that awards are lower because the tribunals are not particularly sensitive to the claimant’s problems since it was his or her decision to undergo the operation. Consequently, the patient is also considered guilty for the surgery.

In a vague sense, judges and juries may be subconsciously penalizing the patient for having too much vanity, being obese, not exercising enough, or for being so generous that they can use their money for otherwise unneeded cosmetic surgery. While this might not seem like an especially fair or logical thought process, it is a common human characteristic to fall into this type of thinking pattern. Jury members may feel that if they cannot afford to have plastic surgery – and even if they could afford it, they would never use it for that purpose – so they have no reason to worry about somebody who can afford it.

Other jury members may be biased against cosmetic surgery negligence suits because they have already had particular success with cosmetic surgery themselves. Therefore, they assume that the patient is responsible for selecting an incompetent plastic surgeon, for being unaware that any surgery carries specific risks, and for expecting too much of their surgeon.

In these situations where jury members are so prejudiced against cosmetic surgery lawsuits, it is only fair for them to be removed by the judge. But while both sides legally deserve an impartial jury, most often the board members tell the court up front that they feel they are capable of making a fair judgment. But later during the trial, their biases may start to be visible.

The Battle Between Objective Legal Judgments and Subjective Human Tendencies

As you are now able to see, the difficulties with cosmetic surgical malpractice suits are not always due to an inability to prove a surgeon was negligent. They may arise due to the dynamics of the surgical treatment itself and the unfavorable impact it has on the judge or jury. The fact is that cosmetic surgery lawsuits are challenging situations in the legal system where courts may not be as responsive to a victim’s suffering as they could be. If you are dealing with such a case, our expert attorneys from Law Offices of Vastola & Associates. could guide you throughout the entire process and help you minimize the damages you suffered as a cause of an unsuccessful surgical procedure.