What You Should Know About Medical Malpractice and Negligence In North Palm Beach, Florida 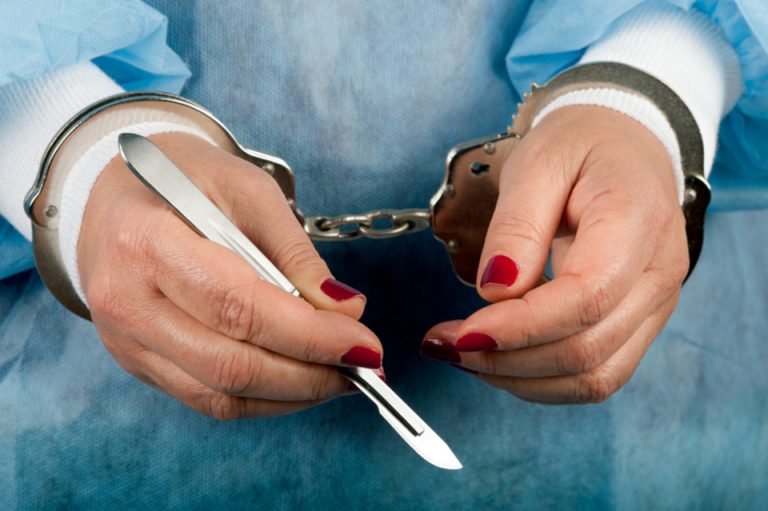 Medical malpractice happens when a healthcare provider does not respect the “standard of care” when it comes to the treatment of a patient. The standard of care is defined by the particular set of actions a reasonably prudent doctor would or would not have done in a similar context or situation. This looks like a common, simple definition, but many people are misinformed as to what constitutes medical negligence and what victims should do if they find themselves in such a case. Learn a few key things every patient should know about medical malpractice.

Medical malpractice is a case of professional negligence happening when a healthcare specialist fails to provide the proper treatment and subsequently causes physical harm, lifelong injury or death to a patient. In many extreme cases, medical negligence or professional negligence were related to a harsh medical error in diagnosis, medication, health management, proper treatment or aftercare. This could happen by an act of omission or because of inappropriate course of action.

Medical malpractice is only preceded by cancer and heart disease as a leading cause of death in the United States. Both the Journal of the American Medical Association (JAMA) and the World Health Organization (WHO) confirm that medical malpractice is a leading cause of death nationwide. In 2014, Dr. John T. James released the Journal of Patient Safety stating that around 440,000 Americans are annually dying because of otherwise preventable hospital errors. The same publication discusses the five major causes of such preventable adverse effects (PAEs).

1. Commission errors happening because of improper medical action like that of mistakenly nicking an intestine during surgery, this leading to severe infection with long-term effects;

2. Omission errors that occur when a healthcare provider fails to follow an obviously necessary course of action, like prescribing important or essential treatment or medication;

3. Communication errors that happen when the physician does not say important information to his patient or another doctor;

4. Contextual errors that are defined by not paying attention to specific constraints that might damage the post-discharge treatment;

5.  Diagnosis errors that may cause delayed, improper or ineffective treatment;

6. An estimated 251,454 people die and countless more are harmed by medical negligence in the United States annually.

7. BMJ Medical Journals reports that reasons for these deaths can include misdiagnosis, fragmented care and medical complications that could have been prevented and more adequately treated.

8. Medical malpractice can happen at any time during the treatment.

9. Medical malpractice can occur when a patient initially visits the doctor for diagnosis, during follow-up visits, while undergoing treatment, during surgery, during aftercare or at any other time during his interaction with the medical professional.

10. Miscommunication is a leading cause of medical malpractice.

11.  As of 2015, a Harvard University benchmark study reported that simple miscommunication leads to as many as 1,700 patient deaths annually.

12. Male doctors are more likely to face a medical malpractice lawsuit than women.

14. Most physicians will experience at least one medical malpractice claim during their professional career. Obstetricians, gynecologists and surgeons are most likely to face a lawsuit. The same Medscape survey mentioned that 85% of ob/gyns, 83% of general surgeons and 79% of orthopedists were sued in 2015.

15. Older physicians are more likely to be sued. The same study mentioned that by the time they were 54, 81% of the general surgeons were involved in at least one malpractice lawsuit. The figures increase as the doctor’s age. 89% of those who were over 60 had been sued, while every 70 or older respondent faced a malpractice claim.

16.  A small percentage of physicians are responsible for the vast majority of medical negligence cases.

17. Approximately 6 percent of physicians were estimated to cause more than half of all medical malpractice allegations nationwide.

18. A successful malpractice case must prove that the doctor did make the specified error and that his error caused harm to the patient.

19. A medical malpractice legal claim cannot be filed if the patient has not been injured because of a healthcare professional error. Plaintiffs must show that the doctor-patient relationship existed, that the doctor showed signs of negligence and that his actions caused injuries to the patient, further leading to physical damage, mental harm, additional care bills and other lost capacities.

20. Victims can request many types of claims for a variety of damaging actions, ranging from medical expenses, lost wages, loss of consortium, emotional anguish, wrongful death and other punitive damages related to the case.

21. State-set statutes of limitations do apply when filing a medical malpractice case.

22.  Each state is permitted to set its statute of limitations. For example, a medical malpractice victim has a maximum period after the accident in which to legally file a claim. After the statute of limitations has expired, the plaintiff will no longer be able to go to court and file a lawsuit.

23. The average payment per medical malpractice case is around half a million dollars.

24. The nationwide variance on malpractice payouts is between $400,000 and $631,000, depending on whether the plaintiff received a judge-only or a jury (bench) trial.

26. This is usually correlated to the lack of sufficient documentation with the corroboration of an expert witness. This is why it is so critical to retain the services of an established and experienced medical malpractice attorney, preferably one that is licensed to practice in the same state the incident occurred in. It is important for a lawyer to get access to medical documents, records, tests and determine the specific claims for the case.

27. All too frequently, victims of medical malpractice let themselves be intimidated out of filing a claim.

28. Sheer intimidation by “the system” is thought to account for the surprisingly low volume of medical malpractice claims filed annually given the statistics.

These are just a few reasons why retaining an expert attorney is so critical and of vital importance to solving the case. Unlike many victims and their loved ones, a medical malpractice attorney will fight to obtaining justice for victims of healthcare negligence.

If you have been injured by a medical malpractice and negligence, you are owed compensation for your suffering. Contact Law Offices of Vastola & Associates., to discuss your case. We will help you with assistance and consultancy throughout the entire process. We service clients in Stuart, Jupiter, West Palm Beach, and North Palm Beach, Florida.