What You Should Know About Multi-Car Accidents 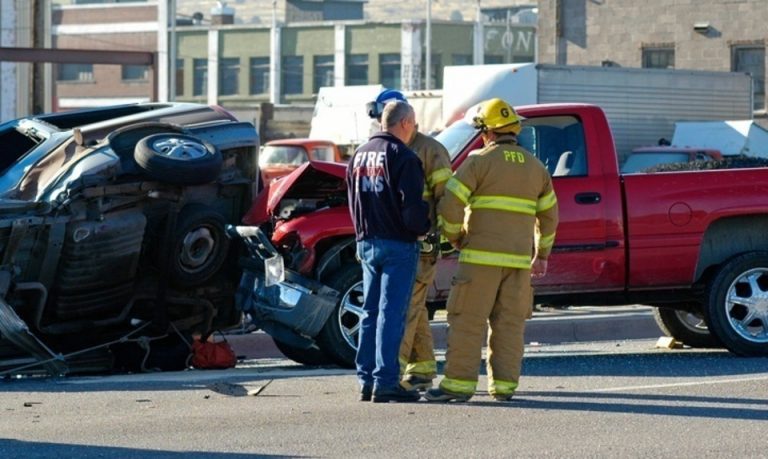 A multi-vehicle accident can be simply defined as a collision that involves several vehicles. Many times, people refer to this type of traffic accident as “pile-ups,” especially when six or more cars are involved.

These accidents are common on highways where hundreds of vehicles travel side by side at high speeds.  This makes it difficult for many drivers coming toward an accident to stop at a safe distance, thereby, resulting in a collision with other vehicles ahead.

Multi-car accidents are most likely to occur in conditions where road visibility is reduced by fog, rain, or snow. Under these circumstances, drivers must be all the more careful and extra alert. However, there are still some drivers who are not fully aware of how dangerous the roads are.

In many multi-car accident cases, drivers do not have much time to make a decision to avoid hitting vehicles ahead of them. Most hit the brakes too late, swerve into other lanes, and skid because of panicked driving. Sometimes vehicles swerve into oncoming traffic to avoid a collision only to end up in a horrible chain reaction and cause a larger pile-up. It is no surprise that multi-car accident is tagged as one of the deadliest accidents on the road.

According to a recent evaluation from the National Highway Traffic Safety Administration (NHTSA), more than 13,000 fatalities occurred in multi-vehicle accidents involving passenger cars—accounting for more than 40% of motor vehicle accidents annually.

The data show that the fatalities reported in these accidents were a combination of the following types of impacts:

While the report showed these extremely high fatality numbers in multi-car pile-ups, more than 14,000 fatalities were caused by single-car accidents, defined as rollover and non-roll over crashes.

Determining who’s responsible in a multi-car pile-up can be more complex compared to a collision that involves one to three vehicles. Even insurance companies are unable to quickly establish the liability of each driver or the cause of the crash which is why many cases end up in court. The court can look deeper into the case, provide proper judgment, and determine appropriate compensation.

Nevertheless, many states comply strictly with their “contributory negligence” regulations, allowing them to rule out fault by saying that if a person is at least 1% at fault for any portion of the accident they cannot receive any compensation as a result of the accident. Other states follow the “comparative negligence” regulations wherein the amount of compensation each driver receives is based on the percentage of fault.

Some states carry a clause of no-fault if someone is involved in a multi-car pile-up. In these states, you should immediately take action and help yourself right away.

Like other traffic accidents, multi-car collisions require evidence. The person who can present the best listing of evidence is typically the winner and the person compensated at the higher monetary value, whether there is a fatality or not. The primary evidence reviewed falls into the negligence category and can be declared as either contributory or comparative.

The previously outlined types of negligence can be broken down into the following categories:

Contributory negligence states that if a party is at least 1% at fault (regardless if it’s a single-car or multi-car collision), no compensation will be received from other drivers even if they share fault.

As mentioned earlier, some states follow the comparative negligence rule. Even in a multi-vehicle accident, the degree of monetary compensation is directly affected by the percentage of fault.

At least thirty-three states apply the modified comparative negligence rule in cases of multi-vehicle accidents. There are two types of negligence that fall into this category, namely:

The 50-percent rule outlines that a driver with injuries who is determined to have less than 50% liability in the collision may seek recovery of monetary losses against other drivers who collided with their vehicle. However, if you are at least 50% or more at fault for the accident, you do not have the right to claim any compensation from the accident.

In this rule, the injured driver, be it a single-car or multi-car, is entitled to seek monetary compensation if 50% or less responsible.

Multi-vehicle accident claims can be quite a complicated process. If you or someone you know becomes involved in a multi-car accident, it’s advisable to contact an experienced lawyer to better understand your rights as well as the applicable laws.